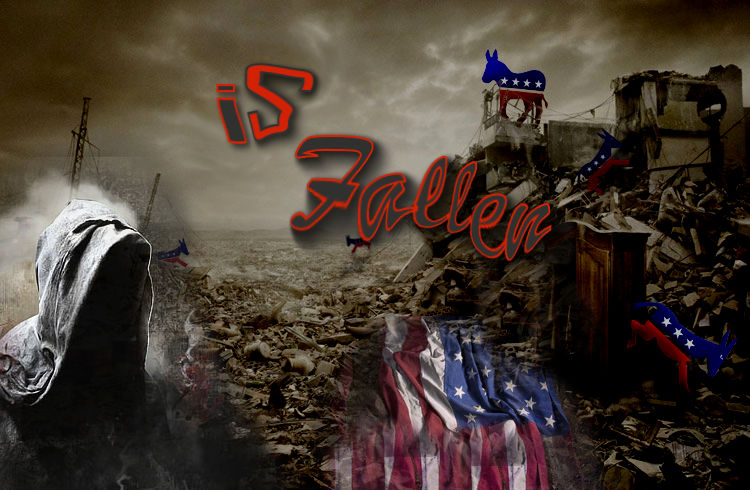 It pains me to tell you that a great war – a time of violence in the land is coming and sadly the die is cast.  We are betrayed and the enemy is not at the gate he is in the house.  The only questions left are when will this war be fought and, on whose terms, will the battle ensue?  If it happens now, it begins on the terms of Trump and the patriots.  If Trump fails to act it will begin within the foreseeable future when we no longer have the ability to control the media, the military, intelligence assets, and what if any, is left of the justice system.

The media tells us that the election is over, and Joe Biden won.  It’s time to move on.  There’s nothing to see here.  Move along, or face the consequences, Nazis.

Even before the election there was a thick, deep shroud of uneasiness.  The very air seemed dark and heavy.  Simply breathing was laborious.  We could feel it in the depth of our souls, something was desperately wrong.  Too many events had piled up to be coincidence.  And of course, it was not coincidence at all.  It was treason.

Then came that dark day.  November 3rd the atmosphere was tense and tight as the night unfolded, it began to take on a sense of mystery and dread.  Even as Trump piled up votes there was no panic in the media.  It was almost as if they knew the outcome before it even happened.  It appeared as if the media knew something we didn’t … like a private joke … and as we would find out, it was on us.  They even refused to call states like Florida and Texas for Trump – as if they knew something was going to happen.

The mysterious – the dark events of that night rolled eerily out like a slow-moving accident that we were in but could not stop.  It was one of those nightmares from which one could not awaken.  It seemed like sleep paralysis where your brain is partly awake but not enough for you to move or cry out.  One is simply paralyzed and without recourse.  And that’s when it started.  A massive Trump lead exploded across the country, but inexplicably, without warning the vote counting just stopped.  Donald J. Trump was hundreds of thousands of votes ahead and the counting just stopped.  And when we woke up the next morning the nightmare, that sense of dread which we felt, had become reality and the massive Trump lead, just disappeared and millions of Biden votes appeared out of thin air.

And the nightmare continued into the next day – then days- then weeks.  And the suspense was unbearable.  But the nation was frozen.  The vote totals just didn’t come.  Weeks went by and we knew nothing … but the feeling of dread that drapes over you like a wet blanket was unshakable and for good reason.

Everything was suspended in time except time itself.  It raced on, as days turned into weeks and the fraud, the cold-blooded treason, began to reveal itself.  It was there – right in front of our faces, but nothing could be done.  Court cases were delayed because there were no election results.  Day after day flew by alarmingly fast and nothing could be done.  And the time between the election fraud and voting for electors vanished in the rear-view mirror.

Then came the case filed by the state of Texas.  The state had both standing, and overwhelming proof of violations of state and federal laws.  But even the Supreme Court – the highest court in the land … the court on whose integrity we have relied – declined to hear the case and cowered under vicious and vile threats and intimidation.  We now know as reported by a Clerk of one of the Justices, that Chief Justice John Roberts screamed violently, threatened, and intimidated all of the conservative justices but Alito and Thomas into submission.  These cowardly justices had disgraced themselves and their office and declined the case.  And history is replete with dread stories of what happens when justice and the rule of law die.  Justice denied is almost always the obituary of nations.

But as this horror unfolded it was clear to anyone who cared to look, that the deception, the betrayal, and theft, of this election was taking place and the traitors drunk on the seeming invincibility of their treasonous confederacy, gloated and relished the reality of their in-your-face subversion and the power-grab resultant of the betrayal of their nation.

For patriots and real Americans, it was at once soul-crushing and breathtaking.  It was the final gambit of an unfolding coup.  But this was not about stealing an election.  This was about first betraying and then destroying America and they and their fellow conspirators, in the media, corporate America, the social media oligarchs, and the crooked politicians, directed by their Chinese Overlords were giddy with triumph.  This was the day of the assassin’s mace.  This term has its roots in ancient Chinese folklore, which recounts how an evil warrior wielding such a weapon managed to overcome a far more powerful adversary.  “Shashou Jian” was a club with which the “assassin” first ambushed and incapacitated his enemy, suddenly and totally, instead of fighting him according to “the rules.”  In this case the evil warrior is the Democrat party and this was a national assassination – the murder of America. 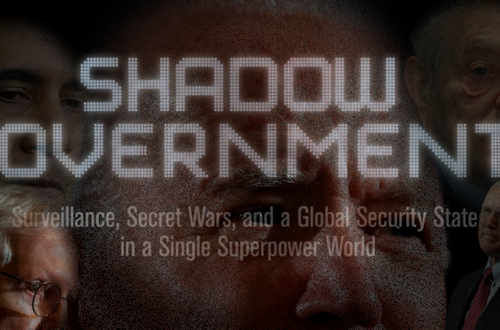 The Global Reset is Underway – NOW! 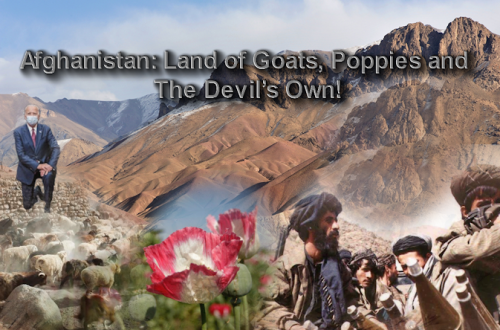 Afghanistan: Land of Goats, Poppies and Biden’s Surrender of America To Taliban 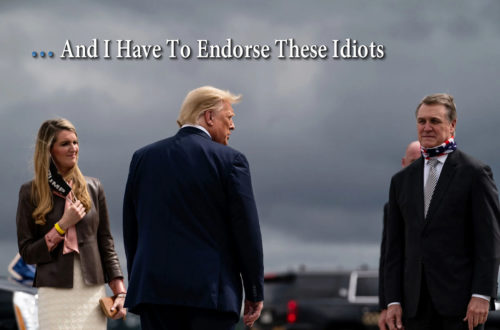